Specialty Food Maker: 10 Steps for Preparing for and Navigating a Crisis

The speed in which a food maker communicates to stakeholders during a crisis can greatly impact the outcome...

Specialty Food Maker: 10 Steps for Preparing for and Navigating a Crisis 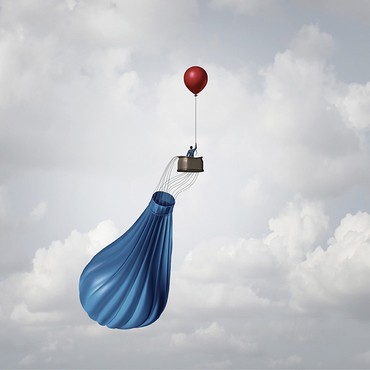 THE SPEED WITH WHICH A FOOD MAKER COMMUNICATES TO STAKEHOLDERS DURING A CRISIS CAN GREATLY IMPACT THE OUTCOME, SO IT’S ALWAYS BEST TO PREPARE FOR POTENTIAL DISASTERS BEFORE THEY STRIKE, ADVISES JONATHAN BERNSTEIN, PRESIDENT OF BERNSTEIN CRISIS MANAGEMENT.

Following are 10 steps for minimizing, or altogether preventing, reputational or other business threats.

1. Anticipate crises. Pondering the question “what could go wrong in the next one to six months?” during regular brainstorming sessions is not only an effective way to enhance preparedness, but can actually preempt crises from occurring, Bernstein says. For instance, “if you can see that a major legislative change is going to affect your business, you can adapt to it in advance.”

2. Identify your crisis communications team. Even in very small companies where a staff of few wear multiple hats, it’s important to establish a core crisis communication team composed of “the minimum number of people necessary to make things happen quickly,” advises Bernstein. It may include the CEO, depending on his or her availability, and/or members of the leadership team who have decision-making authority. The rest of the team may include employees who can be called on depending on the specific situation, or outside consultants such as legal counsel, or a crisis management counselor who can provide support should the need arise.

3. Elect spokespersons. Each crisis communication team should include people who have been pre-screened and trained to be the lead or backup spokesperson, in the event of a crisis.

5. Establish a notification and monitoring system. According to Bernstein, it is essential before disaster strikes to establish notification systems that will allow companies to reach stakeholders via multiple modalities, since not all forms of communications may be available or accessible when disaster hits.

6. Prepare your staff. Bernstein considers a company’s employees to be its most important stakeholders. “Every employee is a PR rep, whether or not you want them to be. In a crisis, they’re going to be asked questions, so you need to tell them what you’d like them to say,” he says. “They tend to be very open to suggestion so you need to communicate, ‘This is what we’re telling the press.’ If you don’t empower them, they’ll wing it, and that’s dangerous.”

7. Develop holding statements. Holding statements are messages reserved for immediately after a crisis breaks. For instance, a hotel chain affected by a natural disaster may use the statement, “We have implemented our crisis response plan, which places the highest priority on the health and safety of our guests and staff. Our thoughts are with those who were in harm’s way, and we hope that they are well. We will be supplying additional information when it’s available and posting it to  our website.”

8. Assess the situation. This is the first step that can’t be taken in advance of a crisis, says Bernstein, but the process can be relatively painless if steps one through seven have been followed. It involves feeding information to one’s crisis communications team so that they may determine the appropriate response.

9. Finalize and adapt key messages. While the holding statement can be used as a starting point, the key message should be kept simple and include what key stakeholders should know about the crisis. “Have no more than three main messages that go to all stakeholders and, as necessary, some audience-specific messages for individual groups of stakeholders,” advises Bernstein. It’s also important to impart compassion in certain situations. “Nothing carries compassion like a human speaking in person. The best written copy in the world doesn’t communicate compassion like a voice and a face can,” he adds.

10. Conduct a post-crisis analysis. This step is key since those who don’t learn from their mistakes will likely repeat them, Bernstein says. “It’s also important to learn what you did well so that you can do even better the next time.”

Full article can be found here.

Pay close attention to anticipating problematic behaviors or risky tasks with little to no greater payoff are not worth compromising to make a deadline.  Id a crisis team to organize a response and recourse.  Train and elect someone whilst preparing staff for future mishaps and ways to overcome them in the future.  Develop statements to be used in times of need.  Asses the situation and finalize a key message to directly discuss how this will never be and issue again in the future growth of your company.